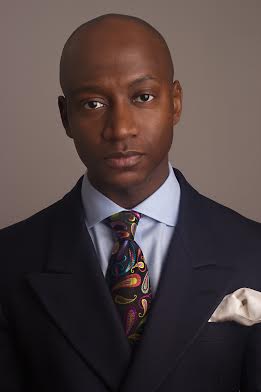 Dr Tunde Okewale MBE grew up in a council estate in Hackney, East London. Tunde is the eldest of four children and was the first person in his family to attend university and obtain a degree. Whilst studying, Tunde undertook numerous simultaneous part-time jobs in food and retail. Tunde undertook this work in order to contribute towards his household and, unfortunately, this had a negative impact on his academic pursuits resulting in him obtaining a 2.2 in his undergraduate studies. Career advisors and numerous people in the profession told him that he would never be able to make it. Despite this setback, he continued to engage in community work and was invited to deliver a workshop for the Greater London Authority. As a result of his performance on this project, Tunde was invited to become a director of the charity and was awarded a meritorious scholarship to attend bar school where he would successfully offset his undergraduate grades. The fact that Tunde managed to qualify as a barrister, and obtain tenancy at a major Chambers, is a demonstration of his sheer determination to prosper in spite of his socioeconomic background. His journey and remarkable accomplishments have inspired young people from backgrounds similar to his own to persevere and succeed against the odds. He is also a patron for Hackney Community Law Centre and Bristol Bar Society.

In 2010, Tunde founded a charity organisation called Urban Lawyers which is a multi-media education and information center designed to educate, engage and stimulate discussion amongst young people about their attitudes towards criminal law, policing and personal responsibility. Urban Lawyers also provides resources, information and opportunities for young people to secure work and/or experience in the legal profession. Through Urban Lawyers, Tunde has helped a minimum of 7 thousand students achieve and attain their career goals, and have educated at least 10 thousand people on their legal rights. This has been accomplished through a range of activities at multiple universities across the United Kingdom (such as Nottingham Trent University, London Metropolitan University, Kingston University, Cardiff University, UCL, King’s College London, University of Hertfordshire, BPP Law School, and Sheffield University, to name a few). The organisation has provided summer work placements, mock assessment days, interviewing and CV clinics, and soft skills training for thousands of students across these UK higher education institutions. The initiatives have given the students opportunities to meet professionals, obtain work experience, and gain insights into the legal profession. Although the projects target students from non-traditional backgrounds, its impact and benefits have been experienced by students from multiple backgrounds. The organisation is currently running educational outreach projects with The College of Law and Sheffield Hallam University. These projects train law students to deliver legal educational workshops to disaffected communities.

Through its increasing track record in nurturing young talent in the field of law, Urban Lawyers has won the support of firms such as Herbert Smith Freehills, Skadden Berwin Leighton Paisner, and Hogan Lovell’s pro bono unit. Urban Lawyers recently awarded 4 scholarships in partnership with BPP Law School. These awards provided financial assistance to students from non-traditional backgrounds who demonstrate academic potential and are actively involved in community outreach.

Tunde continues to excel in his field and has gone on to receive numerous nominations and won numerous awards and accolades based on his exemplary work and sustained social involvement.

Tunde’s outstanding achievements and role as an inspirational figure to aspiring lawyers were recognised with an honorary doctorate awarded by Sheffield Hallam University. He was listed in The Sunday Times inaugural “Alternative Rich list” in May 2017. The ‘Alternative Rich List’ celebrates people identified as having enriched the lives of others and who therefore represent the most inspiring side of humanity. Tunde was appointed an honorary lecturer at the University of Manchester School of Law.

Tunde Okewale was awarded an MBE in the 2016 Queen’s Birthday Honours list for “services to the community and disadvantaged young people”. Tunde spoke at Ted X Tottenham where he explored the soft bigotry of low expectations in our society, its impact in relation to gender and ethnicity, the role it plays in disaffected communities and how to effectively challenge this. He concludes with an explanation as to why role models are not enough by themselves to bring about this change.

Tunde won the inaugural Chambers & Partners award for ‘Outstanding Contribution to Diversity’. He was also shortlisted as a finalist for The Law Society Gazette Legal Personality of the Year 2015 and the Black British Awards 2015 for Professional services.

Tunde appeared in the successful appeal for the murder conviction of Dwaine George, which has featured on  BBC, Huffingtonpost and the Guardian. He was named as Diversity Champion at UK Diversity Legal Awards 2014. In addition, Tunde was also published in GQ magazine (December issue) as one of the most influential men under 38.5!

Tunde Okewale has expertise in a number of different fields, which include but are not restricted to the following:

Tunde Okewale MBE is a barrister at one of the country’s leading Chambers – Doughty Street.

Tunde was a contributor to the report on ‘The Citizen’s Inquiry into the Tottenham Riot’. This report influenced national policy and helped secure funding for the residents of Tottenham.

Tunde’s commitment to his crafts were recognized in 2013 when he was awarded  JCI London Ten Outstanding Young People Award.

Tunde practices in sports law and regulation including contractual disputes, disciplinary tribunals, and arbitrations and he is a Registered Lawyer under The FA Football Agents Regulations. He also advises athletes on brand management and development, marketing and the appropriate use of social media.

Tunde has advised a large number of leading UK recording artists and digital sales platforms. Tunde was selected to represent UK during a series of international conferences with China looking at entrepreneurship (Sponsored by Cisco systems).

Tunde featured as an expert on the BBC Radio 1 Xtra broadcast “GANGS ON FILM” alongside Noel Clarke, Ashley Walters and among others. He was asked to share his opinion on why young people join gangs and become entrenched in crime.

Tunde featured as an expert on The London Live documentary “TRAPTOWN”. He was asked to share his experience of the how the criminal justice system impacts young people.

Tunde was part of a delegation sent out by the Bar Human Rights Committee in partnership with UNICEF in Nigeria. The project aims to enhance the capacity of the Child Protection Network (CPN) set up across different states in Nigeria. This is achieved through conducting human rights monitoring and documentation, with a particular focus on case management, interviewing and taking statements from children. The project also works by engaging regional and international mechanisms of redress. Tunde delivered training on the aforesaid issues to legal practitioners, social workers and government ministers.

Tunde has appeared and is regularly invited to speak on national radio and television to recognize his achievements in the community and also to comment on issues affecting his community.

Recognised as one of UK’s most inspiring speakers at schools across the country, Tunde regularly speaks at schools, prisons, community clubs, charities and universities, encouraging young people to think about higher education as well as volunteering in their communities. Tunde is an excellent public speaker and has developed a passion for the somewhat disparate disciplines of social entrepreneurship and international development. Tunde has substantial public speaking experience and regularly attends engagements for both private sector and third sector bodies.

Tunde was also the host for the BBC London youth debate, ‘London speaks’ in aid of the 1,000 days till the 2012 Olympics, and a debate for the Paralympics in December 2009.

Boris Johnson recognized the hard work undertaken by Tunde, by way of his Urban Lawyers initiative, and has made the organization part of the Mayor’s Team London. Tunde was invited to speak at the house of parliament in respect of the London riots. Tunde was asked to address a select group of government officials, senor police officials and Community leaders on the causes and solutions to the London riots.

Tunde Okewale MBE has appeared in various national newspapers including The Times and The Voice.  These articles recognised his achievements and his involvement in the community as well sought his expertise about community cohesion.

Tunde was involved in the Griffiths Trust ‘Hush The Guns’ Project in Kingston Jamaica in 2009, and was also commissioned by the Jamaican and Canadian Government to facilitate workshops for disaffected youths.

Tunde Okewale MBE is the Founder of Urban lawyers. Urban lawyers is a multi-media education and information resource designed to educate, engage and stimulate discussion amongst young people in relation to law.  The organisation provides information to disaffected young people and communities, who would not otherwise have access to it or be able to comprehend it; as well as providing information and opportunities about how to secure work and/or experience in the legal profession.